Causes to Celebrate: Her Future Coalition

Kolkata, India, is more than 7,000 miles away from the Bay Area, but that hasn’t stopped Northern ­California resident and goldsmith ­Dianna Badalament from changing the lives of people in the cultural capital of East India every day.

In conjunction with a Florida-based nonprofit, Her Future Coalition, Badalament trains victims of severe gender violence to become salaried jewelry-makers and designers. The goals: to help these women get on track with new lives and to empower them to create jewelry they can sell to fund the program.

Badalament has been donating time and expertise to HFC for the better part of the past eight years. Most of her work during that time has occurred at shelter homes—safe houses for young women who have been victimized by human trafficking and other forms of gender violence. Some of her students have been as young as 14; most are between 15 and 22. All told, she estimates she single-handedly has trained more than 50 young women.

“It’s not easy to learn how to make jewelry,” she says. “Taking a piece of silver or gold that doesn’t look like anything and turning it into something beautiful is powerful. It’s making something out of nothing. It’s a metaphor for the transformation the women are undergoing in their own lives.”

Serendipity led Badalament to HFC. In 2010, upon graduating from the goldsmithing program at San ­Francisco’s Revere Academy of Jewelry Arts, she spotted a post on social media about a nonprofit looking to launch a ­jewelry-making mentorship program in India. She jumped at the chance, traveling to Kolkata on her first trip, and on her second stint opening a jewelry program at a shelter home in Boisar, in India’s Maharashtra state. Since then, her focus has been largely in Kolkata. The organization also supports vocational programs in Kathmandu, Nepal, and in Chiang Rai, Thailand.

Sarah Symons, HFC’s founder and executive director, says that while most alumni make jewelry (which can be found on herfuturecoalition.org), ­women also have gone on to careers in nursing, cooking, and animal husbandry.

“A lot of times when people are rescued, they are not given tools and resources they need to ­protect ­themselves, and they end up ­being ­violated and exploited again and again,” Symons explains. “Our programs are long-term; they enable people to be able to protect themselves to become free and independent and then pay it forward.” 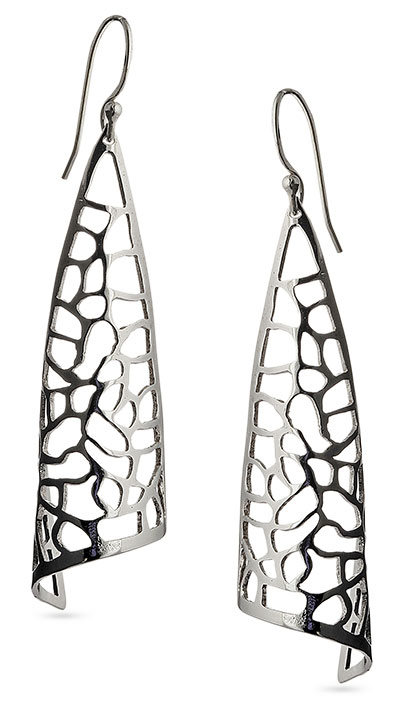 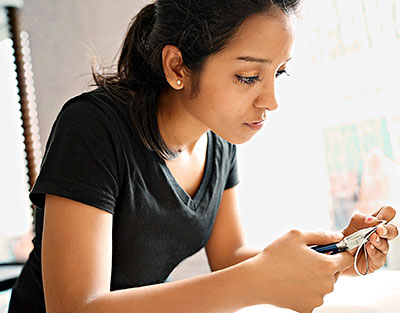 Top: Dianna Badalament with a few future jewelry-makers; insets: women in Kolkata put their skills to the test.